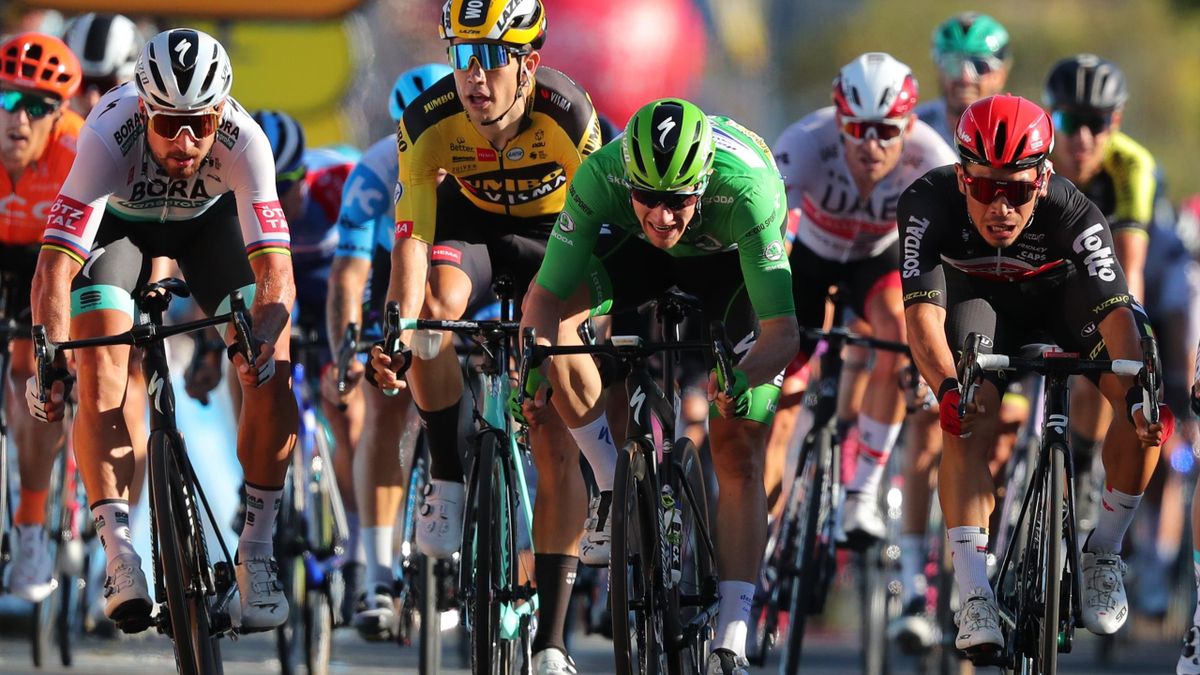 Thank goodness long flat stages at the Tour have trimmed down the kilometres over the years. 200-kilometre stages are always long transfers to get across France but thankfully there’s none of that in the last two editions. 167.5 km from Châtelaillon-Plage to Poitiers with one hill outside the town of Niort is hardly exciting but today was all about the final sprint.

Focusing on the positives, Caleb Ewan has his second stage win now his fifth at the Tour and ninth at all three Grand Tours. The Aussie will want more and he’ll hope to make it over the mountains to Paris. Lotto Soudal will be satisfied and the team could even give it a go with Thomas De Gendt in a breakaway come the Alps and Stage 14 into Lyon could be the perfect day for the Belgian.

The sprint in Poitiers was messy, chaotic and there was no structure. Deceeuninck Quick-Step perhaps got it slightly wrong today with Sam Bennett isolated, Bob Jungels went off the front on the false flat but they’ll be quietly pleased that Bennett has increased his lead in the green jersey. Why? Because the big talking point is the disqualification of Peter Sagan.

Sprints are always nervous to watch and cycling fans all over the world know from the past how dangerous they can be. The sprinters trying to find their lines, following the wheels of rivals and looking for that small gap on the road to make it to the line – we wonder how they all stay upright!

On this occasion, Peter Sagan tried to find a gap on the right because there was nowhere else, he could go to get past Wout Van Aert. The only thing you can’t do is use your head to barge yourself through! The incident could have possibly caused a crash, it could have been worse.

Sagan was rightly disqualified to last place, disappointing to see as second place today was his best finish at this Tour. He’ll finish last today and he’ll lose out on earning points in the green jersey competition. If anything goes wrong and Sam Bennett doesn’t get over the Alps to come then surely his hold of the maillot vert is going to be untouchable.

For the first time in eight years Peter Sagan’s dominance of the green jersey is coming to an end. This is the first Tour where Sagan is not getting his way – no stage wins yet and his green jersey under threat. Cycling loves Peter Sagan without him the attraction of our sport wouldn’t be great. At the moment he’s not winning but not for the first time. Remember 2015 when he had a similar Tour where he came close to wins, took green but that was all. Sagan is a three times world champion don’t forget, he’s world class but the shine might be disappearing.

Away from the sprint we must say chapeau to Mathieu Ladagnous for being brave and going into a one-man break. There was a small incident in the neutralised rollout with Ilnur Zakarin and Alexey Lutsenko falling on a roundabout but nothing serious just unfortunate to see. Finally, there was one non-starter in UAE’s Davide Formolo which is a shame because he’s been in good form going into the Tour. The Italian leaves the race after crashing yesterday – a little blow for Tadej Pogačar.

The GC doesn’t change. Primož Roglič is in yellow, Egan Bernal stays in second and Guillaume Martin in third.

Tomorrow the Tour moves back towards the Massif Central. The puncheurs and the GC contenders will fancy the finish as there are some serious climbs before the run in to Sarran. A breakaway might also take the stage to the bunch too.