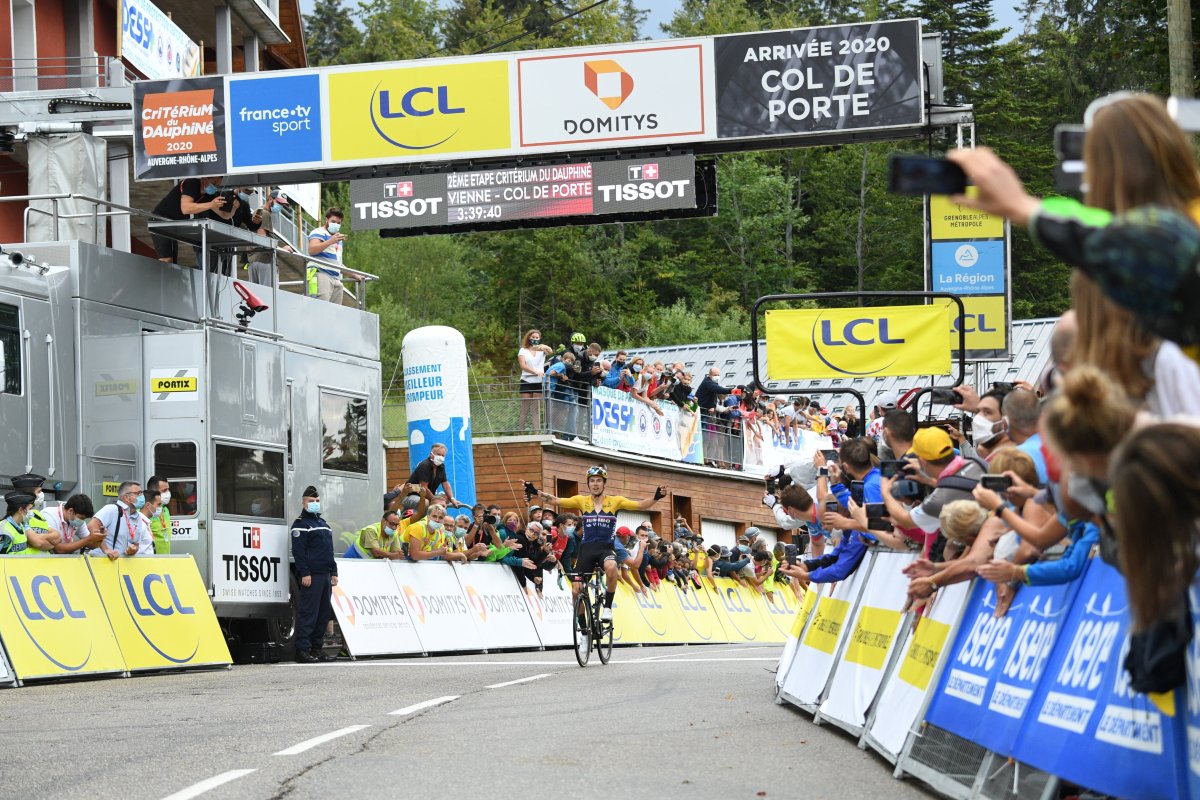 As the weeks go by, as the Tour gets ever closer, we cannot help but wonder whether times are changing. We’ve got a serious battle on our hands between a team that has dominated the Tour de France since 2012 and a team looking to usurp their crown.

Stage 2 of the Dauphiné was the first big test of the five day’s as the race reached the Col de Porte, high above the city of Grenoble and another hurdle overcome yet again by Jumbo-Visma, Primož Roglič wins another one after victory at the Tour de l’Ain last week.

Time to do some dissecting…

Hats off to CCC’s Michael Schär who went off in the break to sweep up some mountain points in the KOM jersey alongside numerous companions including Groupama FDJ’s Bruno Armirail. They were both caught on the final climb and immediately we saw the usual sight we’ve been accustomed to at the Tour and Dauphiné in recent years – Team Ineos controlling the pace and causing other favourites to struggle.

It looked like the usual gameplan, keep up the pace, put others in the hurt locker and then allow your leader to wrap things up – yet Ineos did it too early!

Jonathan Castroviejo and Michał Kwiatkowski did turns and Chris Froome is clearly on domestique duty but how surprising was it to see Geraint Thomas not go further, Pavel Sivakov struggle and Egan Bernal not keep up with Primož Roglič when he attacked in the final kilometre.

We saw glimpses at the Tour last year that Ineos had their moments in controlling the pace they certainly did not dominate. For this year’s Tour they certainly have met their match in a Jumbo-Visma team that just gets better and better the more you watch them.

Wout Van Aert yesterday, Primož Roglič today – it’s turning out to be a superb season for Jumbo-Visma despite the season itself being disrupted and mixed up. Roglič took the win with ease, mirroring exactly what he did at the Tour de l’Ain with Ineos falling away, Bernal isolated and the current Vuelta champion taking victory. Also let’s not forget Sepp Kuss in all this who again did some great work to help the current Slovenian road champion.

It’s all down to team tactics but surely Jumbo-Visma will have looked at today and think they’ve played a very good game. Tom Dumoulin and Steven Kruijswijk did fall back which could be a little pointer as to who’s in the best shape but overall Ineos did all the work before the yellow troops pounced.

Cycling is complicated to describe but let’s just say that Jumbo-Visma are the form team, Ineos still have questions to answer and other names are still in the hunt.

One piece of encouragement Ineos will take is Primož Roglič himself winning now before the Tour has even begun. Think back to last year – wins at the UAE Tour and Tirreno-Adriatico, impressive form for the Slovenian before faltering in weeks two and three at the Giro.

The Dauphiné isn’t over yet, the Tour hasn’t even started – there’s a long way to go!

Other points to discuss include the winners and losers.

French fans will be bittersweet with Thibaut Pinot putting in a good effort in the finish but last year’s Tour de France hero Julian Alaphilippe struggled on the Col de Porte. Riding for stage wins and aiming for the polka-dot jersey – could that finally be the answer to his goal for the Tour? There’s also another Frenchman to add to the mix as Cofidis’s Guillaume Martin finished fourth on the stage – one to watch?

Tadej Pogačar once again looked impressive but surprising to see his key domestiques Davide Formolo and David de la Cruz blowing up quickly. It was sad to see Dan Martin fall before the final climb. The Israel Start-Up Nation rider will be left disappointed that a silly crash for no reason stopped him from possibly having a go in the finale.

Also from a British point of view, surprising to see Mitchelton-Scott’s Adam Yates falling backwards way before the finish – but there’s still time to get more racing in the legs. Perhaps a bit harsh as this was Adam Yates’s first official race after cycling was halted – maybe just race fatigue.

Ride of the day belongs to Groupama-FDJ’s Bruno Armirail and team of the day was Jumbo-Visma – who else!